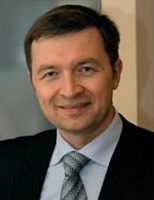 In the financial sector ratings rank the solvency of debtors. Names such as Standard & Poor‘s or Moody‘s and Fitch are familiar today to almost anyone who watches TV. The ratings system in the Russian exhibition industry differs, since it is based on other principles: “Rating agencies draw up their evaluations based on forecasts,” explains Andrey Zhukovsky, “with fluctuating accuracy.” Or, as the Deputy Director General of Expocentre in Moscow puts it more bluntly: “These ratings are not reliable enough.” He is referring to the international financial crisis of the past few years, when banks and firms went bankrupt, despite top ratings. In contrast, the Russian exhibition rating system is based on “true and precise data, collected by respected auditors,” stresses Zhukovsky, who is also Chairman of the Research Committee of the Russian Union of Exhibitions & Fairs (RUEF).

The exhibition evaluations were initiated by the Chamber of Commerce and Industry of the Russian Federation and the RUEF. It is conducted by the auditing organisation RussCom IT Systems. “Exhibitions are rated that are held by domestic or foreign organisers in Russia,” explains Andrey Zhukovsky, “whose format is partially or completely B2B.” An independent auditor verifies the statistics of these exhibitions: net space, exhibitor and
(professional) visitor attendance, and the number of participating countries have to be certified. These four categories also constitute the framework of the rating system. If an exhibition rates at the head of one category, it receives the title of “The Largest Exhibition in Russia on a given subject in a given nomination” in a certain period – at present, 2011-2012. If it tops all criteria, then it becomes “The Best Exhibition in Russia in 2011-2012 on a given subject in all nominations”. Such titles increase the prestige of an event substantially.

As soon as an event statistic is checked it is included in the rating system. “The ratings are drawn up at the beginning of every calendar year,” says Andrey Zhukovsky. “All the certified exhibitions of the last two years are taken into account, divided into 51 subjects and industries.” The evaluation scheme provides all entrepreneurs and business people with simple, clear, and reliable data. Thus they can choose where to participate according to their marketing objectives. “Unfortunately, unfair competition is still a major challenge in Russia,” argues Zhukovsky.

“Our country hosts approximately 2000 exhibitions,” he analyses. “Among them, exhibitions by organisers who announce performance figures that have nothing to do with reality.” Based on such false figures some business people opt for second- and third-rate exhibitions. “This hits quality exhibitions and the economy of the country.” Ratings for exhibitions supervised by the Chamber of Commerce and Industry of the Russian Federation and the RUEF offer a tool to clear up the situation on the market (www.expocentr.ru).